I am surprised I had not heard of this before, but Mark Zuckerberg yes the guy who is a co-founder and runs Facebook and who has an estimated wealth of many billions, has a dad named Edward Zuckerberg who is a practicing dentist.

Yes Dr. Zuckerberg has his own dental practice in New York and his website is located at http://painlessdrz.com/

Yes of course Dr. Zuckerberg also has his own facebook page http://www.facebook.com/painlessdrz

I am a bit surprised that Mark Zuckerberg’s dad is still practicing dentistry and still works a full schedule since he is over 56 years old and his son is pretty well off financially. I suppose he must love being a dentist and likes the prestige with the profession. 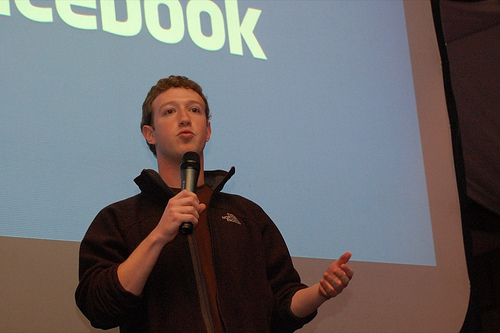 Image of Mark Zuckerberg from http://www.flickr.com/photos/andrewfeinberg/2325658400/sizes/m/in/photostream/ and has a Creative Commons License.

“If I wanted to put a poster of my son on the cover of Time magazine somewhere in the waiting room, I guess I could, but I just choose not to….I guess I’ve lost some of my identity. I’ve always been the dentist, and now I’m the father of the Facebook guy…You know, I’m still the dentist.”

It seems like having a very famous son has some challenges for running a dental practice. The biggest change of course is having all your patients want to talk about Mark and Facebook. Of course the movie The Social Network all about Facebook came out last year and Edward Zuckerberg says the portrayal of Mark was ” “inaccurate” and “disturbing.”

2 thoughts on “Mark Zuckerberg’s Dad is a Dentist”